Tuesday, May 26, 2020
The Saint-Thomas-de-Joliette family business founded by Serge Harnois’s parents has come a long way—today it’s a business entity conducting multiple activities in every corner of the province and which manages a large fleet of service stations selling some 2.4 billion litres of gas every year. Here the CEO and co-owner of Harnois Énergies, Serge Harnois, shares his perspective.

The Harnois family’s entrepreneurial ambitions first manifested themselves in Serge Harnois’s grandfather, who was the first to launch his own business. Operating in the transportation sector, the company hauled everything farmers might need, from flour to animals to fertilizer. In 1958, Serge’s parents were the next to launch a business by becoming petroleum product distributors for British American Oil, which was bought out in 1969 by Gulf. At that time, with the rise of farming, there was great demand in the region for petroleum products, such as oil for domestic heating. The company took advantage of that boom until the end of the 1970s, when Serge’s father deemed furnace oil to not have enough of a future to support his children and therefore sold the division to a cousin, who renamed it Pétroles Harnois.

Serge Harnois had always been interested in the company since his childhood, when customers would come to the house to pay their bills. So he pursued studies in engineering, then studied administrative technology in order to become familiar with operational tasks. During his studies in the 1980s, he suggested to his father that they buy out certain service stations which their owner at the time, Texaco, wanted to get rid of. To computerize all the stations, the family turned to Luc, one of Serge’s older brothers.

With this first success under his belt, Serge enrolled in HEC in order to continue his business studies. He joined the company first as a distributor, then helped out with sales while the company continued to grow. In the 1990s, Pétroles Harnois launched the independent banner Harnois and rounded out its management team with the arrival of Claudine, Luc and Serge’s sister, who helped with marketing.

The three siblings divided responsibilities amongst themselves until the company grew to the point where each could analyze and focus on their separate aspirations. The transfer of the business was then launched in order to make room for the new trio of co-owners, with the siblings’ father staying available to supervise the transition. “We had an average growth of 15 percent for 30 years,” explains Serge. “So we only needed two or three years before he [Claude Harnois] saw that our results were convincing and he could remove himself from the operations.”

Though it didn’t start managing any service stations until 1986, the company made its name through its considerable growth in the oil distribution sector (under the banners of Shell and Harnois, then Esso and Pétro T). In fact, 90 percent of the company’s growth was attributable to acquisitions in the Esso network and small dealers, according to Serge Harnois.

First focusing on the Lanaudière region, the company experienced turbulence due to the price wars of the 1990s. Management therefore decided to move beyond the region. “Every occasion for growth we had with Esso, we took,” emphasizes the CEO. “Diversification is what has always allowed us to stay afloat, no matter what happened.” Starting in 2011, Harnois Énergies carved out a niche for itself in outlying regions through acquisitions of retailers and service stations, particularly in Iles de la Madeleine, Abitibi and Labrador, among other areas.

Harnois Énergies, operating in some places under the Esso banner, in others under the Harnois banner (as well as under Pétro-T, acquired in 2015), extended its tentacles across Quebec, acquired a few service stations in Ontario and bought out several commercial dealers in Quebec and New Brunswick.

Serge Harnois always knew that in order to remain a leader, you had to think about diversifying the company. Of course this meant diversification geographically, but also in terms of products and even in terms of energy itself.

To that end, in 2006, Harnois Énergies bought out the domestic fuel division Pétroles Harnois (the same company that Claude Harnois had split off), then set about acquiring other fuel oil companies. This was followed by convenience stores, a division devoted to lubricants and special products and propane sales. Like his grandfather, Serge aimed to “sell everything our customers could possibly want.”

However, the president remains clear-headed about the future of petroleum products and, therefore, of the company. “You have to have an open mind. We’re in the golden age of petroleum, but that will change. We know we have to think about the future. In 1980, if we had continued with fuel oil, we would’ve been finished. It will be slow, but you have to think about what’s coming.” With this in mind, Harnois Énergie has installed 10 charging stations for electric cars in its network of service stations, a first step in the development of multi-fuel service stations.

In 2019 Serge and his team also opened the first multi-energy station offering hydrogen in Quebec City. The Harnois family aim to become pioneers in the field, which in addition to electricity, represents a sector that might require infrastructure to enable distribution. “We’re putting our eggs in several baskets so we’ll be on the leading edge and stay ahead if these markets develop further.”

While Harnois might be well known in Lanaudière, it resonates less outside of that region. That’s why the CEO plans to develop the brand’s reputation in the coming years and make it more prominent, in comparison to Esso. “I’d like to send a message that we’re the biggest independent dealer in the petroleum sector in Quebec (and a family business to boot),” explains Serge, “and promote the Harnois brand.”

But what our CEO wants most of all is to promote pride in buying from a Quebec brand, which is a dearly held, and non-negotiable, value held by the company. Serge Harnois mentions that it would’ve been easy for him to sell the business at any point in the past, but that doesn’t fit the family’s ambitions.

“For starters I’m not interested in selling, but besides that, who would I sell to? Someone from Alberta? From the U.S.? We do business to be in business, but there’s also a certain economic nationalism that must predominate, in my opinion. Being a strong company in a strong region in a strong province, that has value. It’s a great way to bring wealth to an area.”

It’s with this in mind that the Harnois team tries hard to make coherent decisions in the products they sell, even if their margin is sometimes lower. So whether it’s the peanuts sold in dépanneurs, their office furniture or the providers they choose to deal with, “made in Quebec” occupies a prominent place at Harnois points of sale.

Since the start of the COVID-19 crisis, Harnois Énergies has had to adapt once again, by sending around 200 of its office employees home in the space of a few days. It was a challenge successfully overcome in Serge Harnois’s point of view, since to this day none of his employees have become infected and they’ve learned a few lessons from the experience. Remote working has enabled them to realize that teleconferencing is sometimes more efficient and that other ways of thinking about the amount of office space they need should be considered, given that their team will soon be growing.

“Old shoes are always more comfortable, but you have to let go of them. At the moment we’re transforming and we don’t know what form that will take in the future. But the company has always stood out for its ability to quickly adapt to change. As long as we know how to keep doing that, and to stay agile, we’ll be here, in one form or another. Change is exhausting, it’s not comfortable. But there’s no choice. In every situation, you choose to let it victimize you or to benefit from it. You have to try and benefit.”

3: Number of Harnois family members at the head of the company
2.4 billion: Number of litres of gas sold each year
Over 95%: Percentage of activity within Quebec by Harnois Énergies 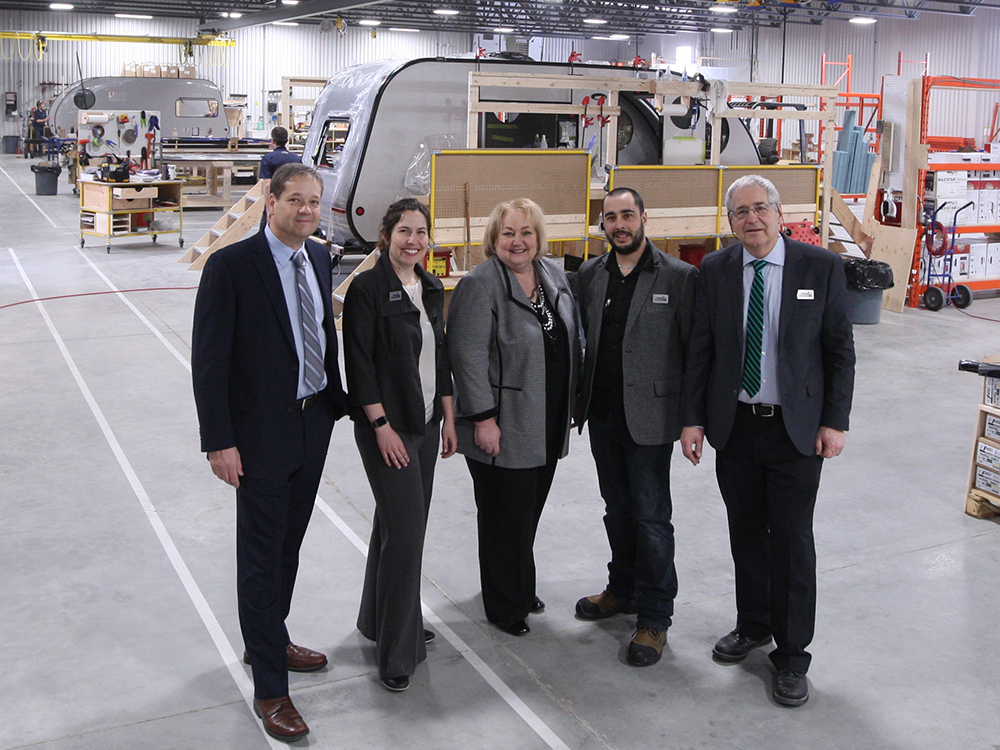