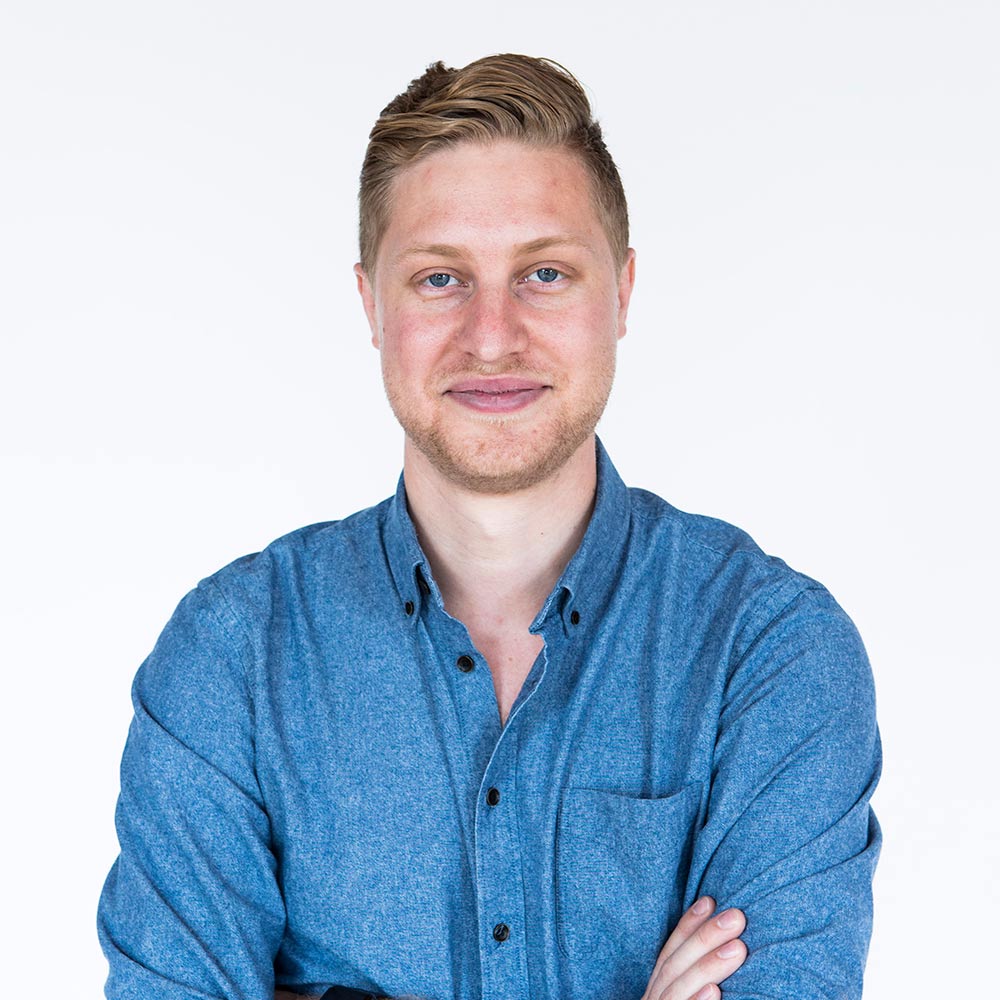 Friday, October 6, 2017
Twenty-eight-year-old Philip Barrar wants to help Canadians put more money into their savings. His solution? Mylo, a mobile platform that allows users to save every time they spend.

To try to help consumers save money, Philip Barrar and his team focused down on something we all do every day: pull out a credit card to pay for a purchase. Mylo, the mobile platform they created, connects to the user’s bank account and rounds up every purchase to the nearest dollar value. The difference is then withdrawn from the account and automatically invested for a small fee into a diverse portfolio of publicly traded stocks, selected according to the investor’s profile. “We wanted our users to save a little bit every time they spend,” explains the president and co-founder of Mylo.

While Philip may only be 28, he already has an impressive resumé. While studying at Concordia University, he got involved in the entrepreneurial circles at the English-language school. After receiving his diploma, he founded his first business: SkiPCR allowed ski patrollers to record their interventions in real time. He sold this business not long after launching MyPiece, an application that connects Montreal restaurateurs with their customers in order to offer them discounts. Discovered by Dominique and Jay Ferst of Montreal investment fund Ferst Capital Partners, Philip teamed up with them in 2015, near the end of his adventure with MyPiece.
The trio's new objective: to create a technology that would encourage the 4.5 million Canadians across the country to save money, especially Generation Y, who week after week devote their entire paycheque to current expenses.

Exergue
“Currently, 40% of this generation are not investing because they don't feel like they are able to, whether because of a lack of financial acumen or of means. This prevents them from achieving their financial goals in the medium and long term, like buying a house or starting a family.” – Philip Barrar

A thirst for Fin Tech

Mylo was launched in 2016 after a months-long brainstorming session, during which Philip came up with a few hypotheses. Market research conducted amongst 655 people revealed that more than 80% were prepared to provide Mylo with their bank account access codes. For the entrepreneur, this was proof that neither Quebecers nor Canadians were afraid of financial technologies. In fact the truth was almost the opposite. “There was actually an openness to this kind of solution. The bank machine and credit card were revolutionary financial technologies in their day,” he explains. “So why not try a mobile platform for managing your personal finances?”
A beta version of Mylo created for Apple users was launched at the start of 2017, which allowed the start-up to gather important data amongst a restricted segment of 1,000 users. Once again, the numbers confirmed the observations of Mylo’s three founders: On average, users saved $10 to $15 every week via the app, which would amount to between $500 and $800 by the end of the year. Even better, people actually used the application! “We expected a utilisation rate that would be fairly low, but on the contrary, 82% of our sample group used the app more than 10 times during the testing period!” he exclaims.

Mylo officially launched its app in the App Store in July of 2017 after acquiring Canadian asset management company Tactex in June of the same year. This acquisition will allow Mylo to create, launch and manage its own investment funds. For one dollar a month and in less than three minutes, Canadians can now open an investment account and start saving. “We don’t charge management fees, as opposed to American, European and Australian FinTech companies, who are chasing the same goal as we are,” emphasizes Philip.

For the moment, Mylo’s services are offered in Quebec, Ontario, British Columbia, New Brunswick and Alberta, but it’s only a matter of time before almost every Canadian can take advantage of what the app offers. “In a few more weeks, 90% of Canadians will be able to use Mylo,” confirms the young co-founder about his rapidly expanding new business.

11,000: Number of people on the waiting list for Mylo after its launch
15: Number of employees excluding the portfolio managers