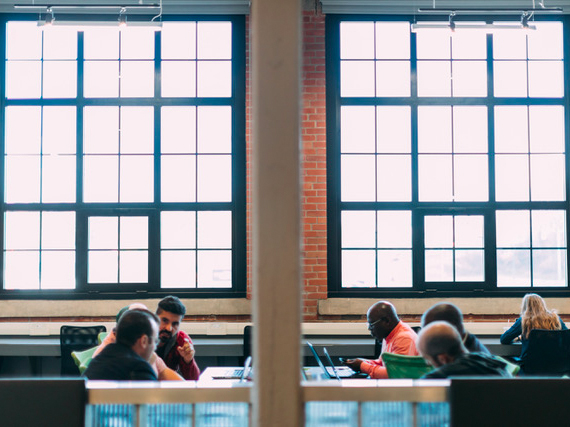 Friday, October 12, 2018
Launched in 2014 by Philippe Nadeau, DigiHub enables the incubation and development of start-ups in the digital space and contributes to redefining the economic model outside of the usual large metropolises.

It’s hard to believe that the old windows of the former Wabasso cotton factory in Shawinigan had been boarded up for almost 30 years before the site was transformed into an incubator for businesses dedicated to innovation. Formerly a symbol of the region’s industrial decline, the site today is filled with ideas and activities as well as a multitude of collaborative workspaces and computer screens by the dozen. The former factory is now known as the Centre d’entrepreneuriat Alphonse-Desjardins and is an initiative of the City of Shawinigan, with the centre housing 54 companies and 13 organizations.

DigiHub is located on the second floor. The non-profit organization is both an incubator for entrepreneurs who would like to launch business projects and an accelerator for firms looking for increased growth. Since its launch, DigiHub has been notable for creating four specialized hubs: digital heritage and museum studies, e-health, smart factory 4.0 and digital entertainment. “I came up with the idea while trying to bid on a tender put out by the Canada Science and Technology Museums Corporation. As separate entities, the companies we incubate would have had a hard time bidding successfully, but together they had the potential to succeed,” explains the founder and CEO of DigiHub, Philippe Nadeau. And it worked! A partnership was signed with the CSTMC, which operates three museums in the Ottawa region, in order to explore the use of digital technologies within the museum context. “We learned that we were capable of winning the bid by uniting the knowledge and expertise of our companies.”

From its beginnings, DigiHub has contributed to making Shawinigan a model for other municipalities in Quebec. “Bit by bit, people started appropriating the idea of a digital Shawinigan. They started to develop their own initiatives,” explains Nadeau. “We worked a lot on talent retention, and it worked. We are there to welcome them into a space with a sense of community, with people who are full of initiative, curiosity and creativity.” Whether the company is a consulting firm offering construction and transportation industries the ability to take advantage of advanced technology in the field, like iNNovéoQuébec; a business specializing in the corporate management of social media, like REZO; a start-up creating tailored web and mobile applications, like Rum&Code; or a company aiming to break into the augmented reality market, like Virtuelis; DigiHub seems like the place to be if you’re aiming to either create or develop really big ideas. DigiHub attracts both Quebec and international companies: Entrepreneurs from France and Morocco, in particular, have found the former Wabasso factory to be fertile ground for launching a business. 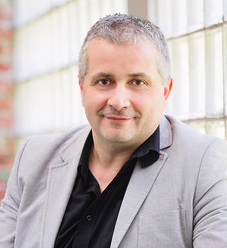 A business model that inspires other regions

DigiHub’s success quickly attracted attention. During the last G7 summit in Charlevoix, the organization was asked by the Canadian government to present a “technology showcase” bringing together a dozen of the country’s companies from the technology and digital sectors to illustrate Canadians’ innovation skills. Barely 15 days later, DigiHub took part in a mission to Nice along with a few of the companies it supports—“digital lumberjacks” as the organization likes to call them—the objective being to develop connections and explore collaboration possibilities both in Quebec and beyond.

The provincial government is also interested in what’s happening in Shawinigan. It has entrusted DigiHub with the task of creating a provincial network of 18 regional innovation hubs in order to promote local entrepreneurship, an investment of over $32 million on the part of the Quebec government. Every project that is selected for development will receive $400,000 in financing for the launch. “We would like to see other regions develop their potential in a smart way,” says Nadeau. “Each region has a different project, which enables a little local colour to be added depending on the particularities of each site, which will create a true mosaic.”

Working together to increase innovation

There are many challenges ahead for DigiHub’s CEO. The next step at the local level is to set up a data centre as well as a new hub dedicated to blockchain technology in order to introduce companies to cryptocurrencies. He also has a project called “smart city” in mind for Shawinigan. “Because we have transformed the economy here, the city’s lifestyle has to be in step with the change,” he explains.

“We need to think about our city and our region differently to offer an ecosystem that’s attractive to everyone.”

But Nadeau also has big projects in mind for the rest of Quebec: to improve connectivity across the province, especially in regions where network access is limited; to support the development of employment areas outside of Montreal and Quebec City; and to promote what he refers to as “cross-pollination.” “All involved partners, including municipalities, the various levels of government, academic institutions like Cegeps as well as start-ups, work together toward the economic development of our regions,” he concludes. “The key to our success in Shawinigan will also be the key to success for the whole province.”

7: Number of cities visited by the entrepreneurs-cum-“digital lumberjacks” during their economic mission
27: Number of new companies benefiting from DigiHub’s services
107: Total number of employees, including entrepreneurs