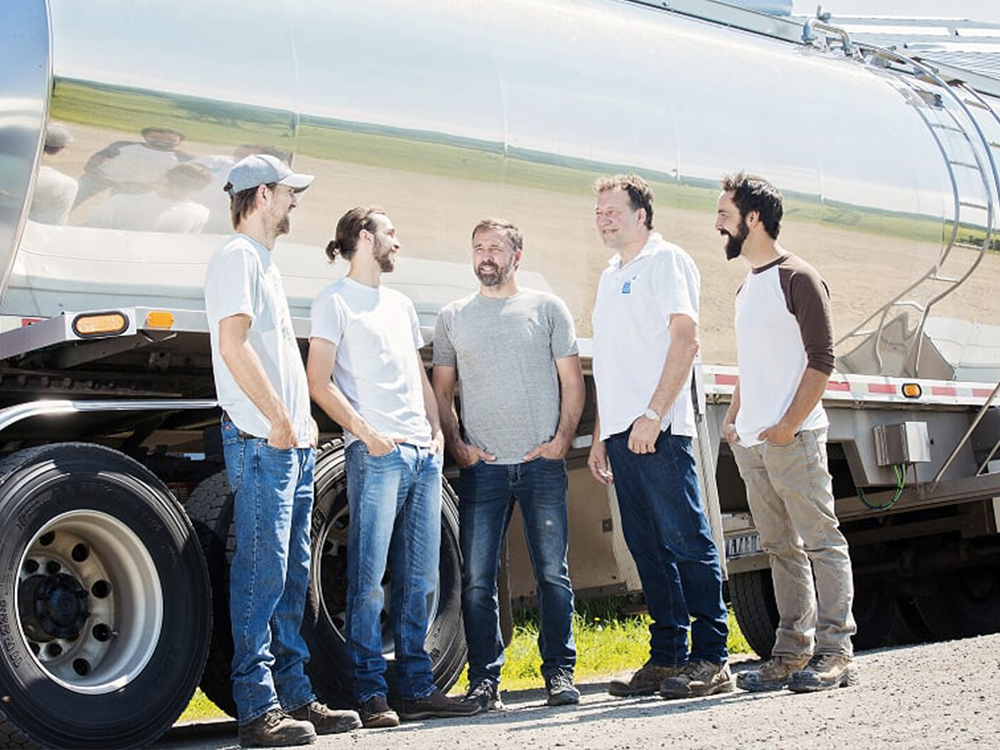 Friday, October 9, 2020
The farm Y. Lampron and Sons in St-Boniface has been producing milk and raising cows with the utmost respect for both nature and livestock since 1858. Alexandre Lampron, part of the sixth generation of the Lampron family to occupy the farm, is working to carry on the family tradition while keeping an eye on the future.

Alexandre Lampron is the youngest of six brothers whose parents also worked on the family farm. In the 1990s, two of his older brothers took over the business and began the switch to organic production, sparing no effort to make their animals happy and produce fodder that was respectful of nature’s cycles. The family’s work was rewarded in 2014 when they were named “Agricultural Family of the Year” by the Fondation de la famille terrienne.

Alexandre, who had always worked on the farm, temporarily left home to gain more experience, but returned for good in 2010, when he went into partnership with this brothers. All very active in the business—Pierre is president of Dairy Farmers of Canada, Jean-Yves takes care of their herd of 170 dairy cows plus the heifers that will form the next generation, and Daniel handles crops and soil health—the Lamprons divvy up the tasks to maintain their well-run farm. On the strength of their productive solidarity, the Lamprons have undertaken a new growth phase in the past 10 years by investing in new buildings in 2014, then later in 2018. “On the farm, we try to have a good work ethic,” says Alexandre. “Quality of life is important, for us and for the cows.”

Today the shareholders include brothers Pierre, Daniel and Alexandre, as well as Jean-Yves Lampron and a proud representative of the seventh generation, Gabriel Lampron.

For over a hundred years, the Lampron dairy had only produced milk, which was distributed in the region of Shawinigan—a practice that has since been put aside in favour of a collective milk marketing board system. But Alexandre Lampron, who is responsible for the dairy’s operations, had long been interested in the returnable glass bottle system used in Ontario, and to a lesser degree in Quebec.

In 2017, he started conceiving of a project that would enable the dairy to sell milk directly from the Lampron farm. In order to test the idea, an agreement was reached to have one-third of the Lampron dairy’s milk bottled. Thus, out of the 35,000 litres of milk produced each week for the Milk Board, around 10 percent is repurchased, bottled and distributed in grocery stores.

By bottling their 4% M.F. milk (and chocolate milk) in glass bottles, the Lamprons ensure that their milk is offered in its best form (since the glass is completely inert and allows the milk to be protected from any odours that might affect it, explains Alexandre) while also being ecologically friendly. “We love our products and we love people. Selling our milk under the Lampron name lets us present our work in the best possible light and get closer to consumers.”

The distribution network that started to be developed in the spring was put in jeopardy by the pandemic, but things have since righted themselves. Lampron products are now distributed throughout Mauricie, in Avril

stores throughout the province and at various other points of sale in Quebec, Ontario and the Maritimes.

In addition to the venture launched by the dairy in the fall of 2019, Alexandre also decided to invest in an innovative dispensing machine created by his entrepreneurial friend Guillaume Bélais: Proxifrigo. Offering an alternative to the conventional distribution network, the system enables users to buy milk directly through a mobile app (available only for iPhone at this time) and to pick it up at the dispensing machine. Empty bottles can also be returned through the same machine. An initial machine was installed in an IGA store in Shawinigan for a testing phase, which concluded at the end of September. Having proved its viability, this new entrepreneurial venture should be rolled out further in the coming months. Other than its practicality, the dispensing machine enables better inventory management, privileged access to buyers’ consumption habits and product traceability for customers.

While COVID-19 made him push back his plans, Alexandre intends to develop an agri-tourism offering in order to allow interested consumers to visit the farm and learn about the milk production cycle. “We want to explain and show what we do because people are curious about agriculture,” explains the youngest of the Lampron brothers. “Our milk is really good because we do things right, so putting that on display can’t exactly hurt in terms of marketing.”

On the cover, from left to right: Jean-Yves, Gabriel, Daniel, Pierre and Alexandre Lampron 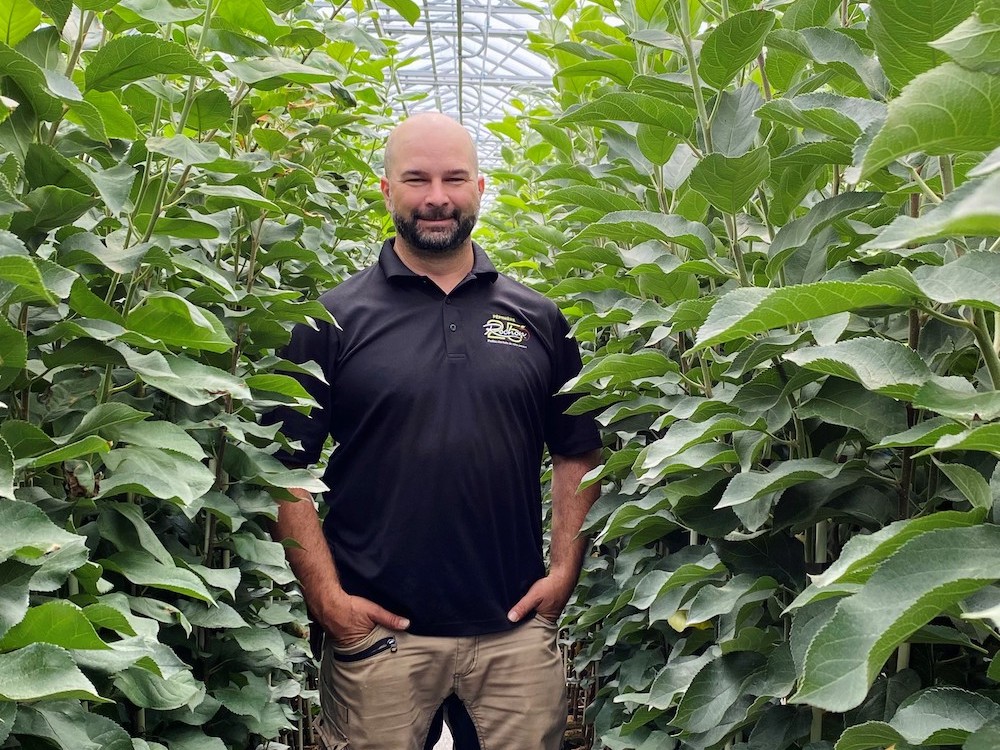 Pépinière Rochon: Cultivating of Apple Trees in Greenhouses to Innovate