Wednesday, July 8, 2020
After working for over 20 years as a technician, Patrick Higgins founded his own IT services company in June of 2017. After three years, HigginsSmith TI, which specializes in network infrastructure management, has experienced significant growth thanks to its success in the legal sector, a field in which the company is already carving out a prime position for itself.

My beginnings in IT: Starting from zero

I’m actually an IT technician who learned “in the field.” Self-taught and curious by nature, I gained my technical knowledge through experience, by “trial and error,” and by soaking up whatever I could from the web.

At the end of the 90s, I was hired by a software company that offered a product to the legal sector. At the time, my role was to provide technical assistance to customers. I was super invested in the company, and after a while an actual IT support department for all kinds of customers was developed internally.

I have to admit that work has always occupied an important place in my life—I’ve always been an extremely devoted employee with a lot of availability for customers and the company I evolved in. However, with my former employer, my initiatives tended to collide with a certain conservatism and with established procedures, even though I could see they would bring added value to both the company and the customer.

“I’ve always been a bit of a rebel. When I was an employee, I always put customer satisfaction before everything else, even to the point of infringing on certain rules internally.”

I worked for that company from 1997 to 2017, when suddenly it was sold and I found myself without a job. My first instinct was to get a new position, but a number of people close to me and some of my former customers convinced me to start a business because they wanted to continue to use my services. So I recognized an opportunity to start my own company with my own vision, values and way of doing things.

HigginsSmith TI: Off to a roaring start

HigginsSmith TI was founded in June of 2017 in a bit of a hurry. I hit a few roadblocks during the launch phase, but being a father of four kids, I needed to make my ambitious project profitable, fast! My business model was already established, so I put together a good team and quickly set to work.

Fortunately, after just a few months, almost all of my former employer’s legal customers had already called upon my services. Several former colleagues also showed an interest in joining the ranks at HigginsSmith TI. I have to admit that those signs of confidence were a powerful motor to continue driving the development of my company. It grew very quickly, and this success definitely was due to the trust-based relationships I had established for several years with my former customers and co-workers. After just three years, HigginsSmith TI had a dozen employees and collaborators, and it was with great pride that I started offering my services across Quebec.

What was our key to success? It’s definitely the quality of customer service. Though it’s often an overused word, for me it constitutes the key element of my business model. For real.

The recipe might seem easy, but don’t kid yourself! It’s a vision of excellence that has to be handed down, shared and repeated. Not only amongst my team, but amongst my sub-contractors and suppliers. In concrete terms, this rigour involves guaranteeing availability at all times for our customers, as well as flexibility and constant fast execution. As an entrepreneur, I admit that I glory in that kind of adrenalin rush every day, which comes out of my preoccupation with maintaining excellence.

My life as an entrepreneur

At my company, I’m still working as a technician—by choice, out of passion, because I love meeting my customers and because I get a lot of pleasure out of working in the field with my technical team. At HigginsSmith TI, there’s no hierarchical structure within the technical team, because we work more collaboratively and in synergy with one another. The joy of working is also extremely important to me. I like to say that working hard is what makes it fun!

Like many SMEs, COVID-19 has had an effect on HigginsSmith TI’s revenue. On the other hand, in terms of our productivity, my company was already adapted to the realities of remote working, so our work conditions weren’t overly affected. The pandemic even acted as a positive confirmation of certain decisions we’d made in the past. For example, I had always been very attentive to reducing the company’s fixed costs as far as possible.

Being a young entrepreneur, it’s a bit too soon for me to give advice. However, I firmly believe that my enthusiasm for work, creative problem-solving, huge respect for customers and ability to mobilize a team around my vision have contributed to the success of HigginsSmith TI. 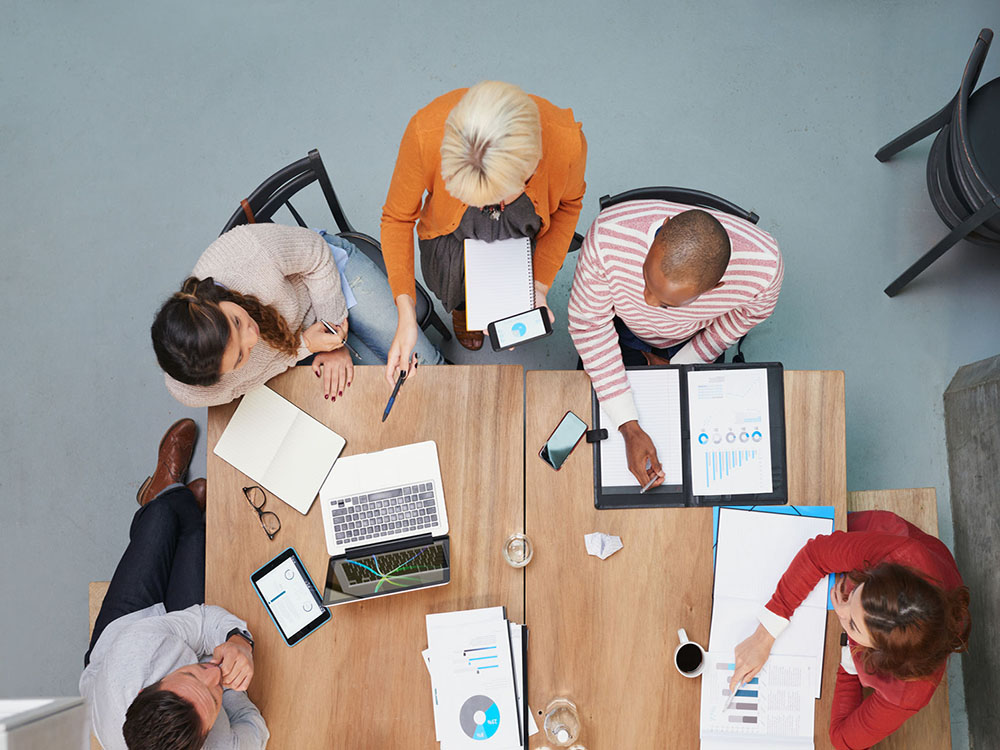 How to finance your SME