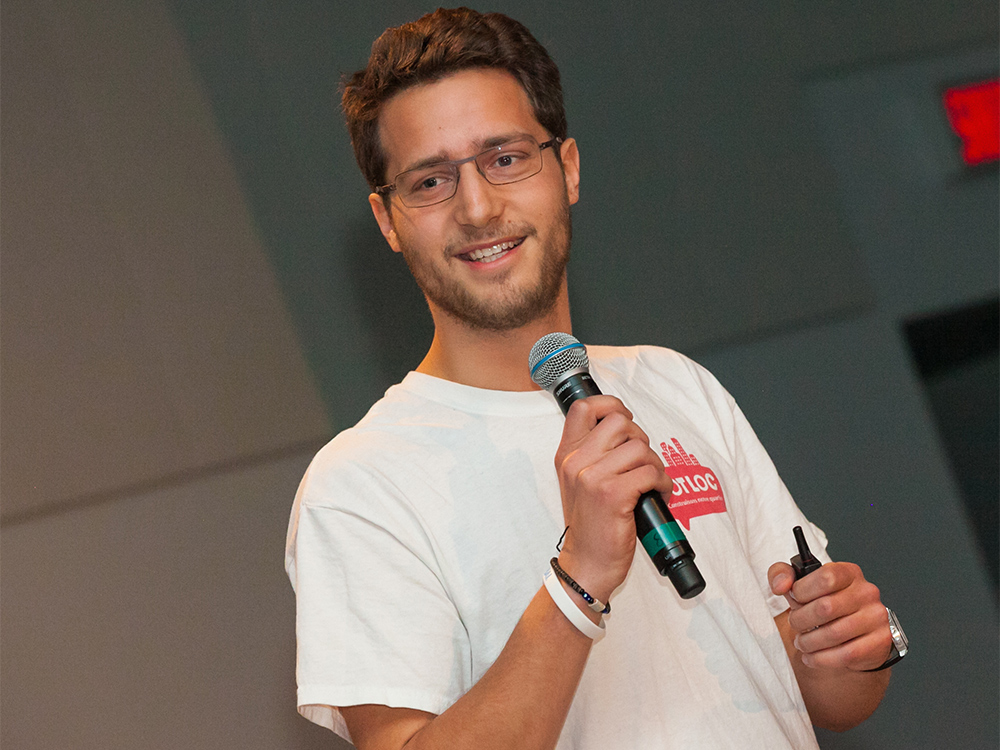 Driven by a desire to give residents some say in the commercial landscape of their neighbourhood, Potloc has become the ultimate liaison between consumers, entrepreneurs and commercial tenants.

It all began with a problem Rodolphe Barrere was faced with when he first arrived in Montreal. Newly relocated from France, he had the misfortune of living over a commercial business undergoing renovations. For several months he had to endure living with the sound of a circular saw at full volume.Content presented by

To help cope with the construction noise, he and his fellow tenants imagined that a bar or hipster café might open in the newly renovated space and become their favourite local hangout. Imagine their disappointment when they learned that a locksmith had decided to rent the space. “Worse, we already had a locksmith in the neighbourhood!”

Rodolphe Barrere began to wonder why he, as a tenant, didn’t have a greater say in deciding what stores could set up shop in his building. “I believe the residents have a collective intelligence that has enormous value. They know what the neighbourhood needs. They live there, after all.”

The idea was there, just waiting to be hatched. It would become the starting point for Rodolphe Barrere and Louis Delaoustre, two young HEC graduates who decided to trust their instincts, and fine tune their idea as they went along.

The locksmith experience helped Rodolphe Barrere pinpoint the real problem plaguing retail business: the low success rate of new stores, which hovers at 33% over 5 years. “Half of the time, failure can be traced to a bad location,” explains Rodolphe Barrere.

This is particularly true of restaurants, bars, cafés and specialty grocers who try their luck in Montreal, which results in a high number of boarded up storefronts.

Convinced that they were onto something, the Potloc founders launched an initial pilot project. They took over a vacant space in the Plateau Mont-Royal district and invited passersbys to drop in and ‘choose your next retailer.’ “Our original idea was to encourage residents to participate in neighbourhood projects by voting on the type of retailers that set up shop there.” So Potloc ended up playing a social role.”

The idea caught on: Potloc received valuable media coverage, among others, during the Je vois Montréal1event and the founders received the Accélérateur Banque Nationale – HEC Montréal Univalor Innovation award, to acknowledge the creative aspect of their business model2.

If Rodolphe Barrere had one piece of advice for young entrepreneurs, it would be to avoid waiting too long before testing out their idea: “Make sure your idea has potential before investing a lot of money in it.”

If Rodolphe Barrere had one piece of advice for young entrepreneurs, it would be to avoid waiting too long before testing out their idea: “Make sure your idea has potential before investing a lot of money in it.”

That was the path he and his partner chose when they decided to tackle Montreal’s vacant locales. It was an eye-opening experience “We learned a lot simply by hitting the streets and talking to people. For example, people are more willing to give you their postal code than their address. For us, the postal code has the same value!”

They were also able to pinpoint potential drawbacks: despite the wealth of information contained in the hyperlocal marketing study they gave the owner of the vacant rental space, the Potloc partners had difficulty discovering what kind of stores the residents actually wanted.

“Suppose people say they want a fish market,” explains Rodolphe Barrere. “It isn’t all that easy to find an entrepreneur who wants to launch that specific type of business, at the precise moment when the space is available.”

Faced with this problem, Potloc did an about-face that proved successful: they would approach the retailers first.

From their initial concept, the Potloc business model evolved into a B2B approach where the mission is now to help “entrepreneurs find the ideal location for their new business.”

To achieve this, Potloc used the expertise it developed during the crowdsourcing by asking residents to vote on stores they’d like to see in their neighbourhoods.

The group has a website that provides companies with a direct channel to speak with consumers and gauge what type of stores they’d like to see in their neighbourhood.

“This provides businesses with valuable knowledge of the target market,” explains Rodolphe Barrere. The crowdsourcing-based marketing survey enables them to begin building their clientele from the get-go. People follow their project, before it even opens for business.”

Their approach is paying off: “While the success rate of a new business is generally 66% for an 18-month horizon,” says the entrepreneur, “retailers who used our service saw that jump to 95%. Which demonstrates how important it is to conduct quality market research before launching a business!”

Next stop: the world

For the time being, Potloc has yet to extend beyond Quebec’s borders. However, the crisis in retail real estate is being felt worldwide with widespread tenant rollover in commercial spaces.

That’s the next obvious step for the Potloc founders: “We’re looking for financing to expand into markets in the rest of Canada and Europe,” explains Rodolphe Barrere, already excited by the idea.

We wish them all the success in the world in facing this major challenge!